Hunger: A Tale Of The Sunstorm.

Hunger: A Tale Of The Sunstorm. 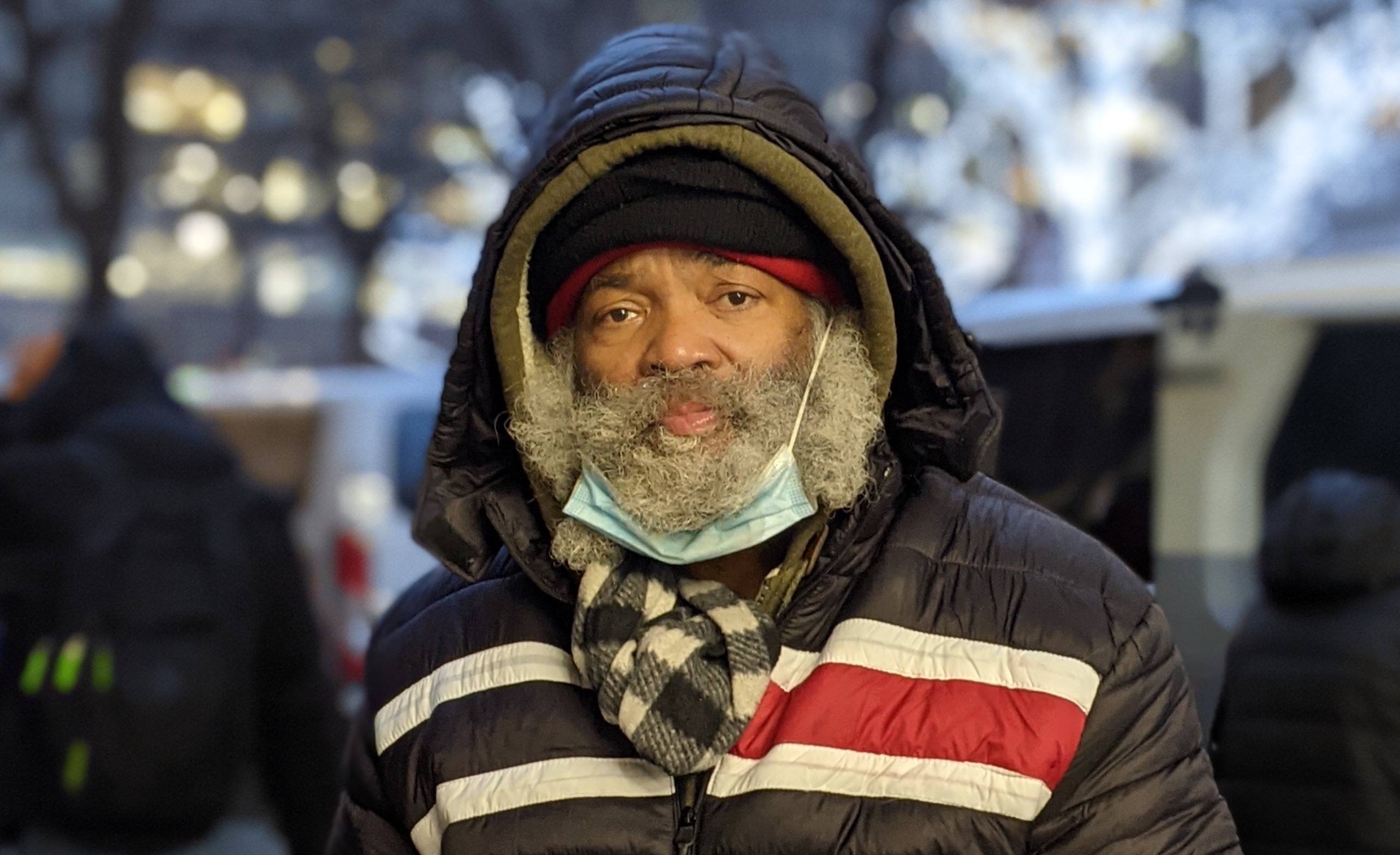 They were hungry. They were always goddamn hungry.

He needed food to feed his children. They were acting up again as spoiled little children would but the relief checks from EBT didn't arrive at the shelter just yet and the kids must be fed now… Finding food was never the problem as it was always easy…it was getting to such substances that posed the difficulty.

The vagrant known on the streets as Old Sam pushed his shopping cart full of junk along the sidewalk. Most people did not give him a second glance, their eyes lowered in the habitual manner of the big city dweller.

Not that there was anything special to notice about him. He was a lean, almost scrawny black man and wrapped in layers upon layers of moldy ragged clothing. His age? Who can tell? He looked to be in his late fifties, maybe even older. Hardly anyone can see his face as it is covered with a thick salt and pepper beard.

No one knew much about Old Sam except rumors that he once worked in a sneaker factory but lost his job during the last recession. Which recession? In the end, in Chicago there will always be a recession.

From the corner of his eye, Old Sam watched Warren following him again. A drug addict, Warren made it a habit to rob other homeless when the panhandling grew a little too generous and Old Sam had gotten lucky of late although he had already spent the money on rotgut liquor and the children were too finicky for fast food.

A police car rolled slowly by. Old Sam tensed as he had experienced far too much harassment by the cops for years and was prepared for either a shakedown or worse having to put up with lectures from moralizing politically correct cops. He wasn't reassured when he saw who was driving.

Paladino. Not the most friendly of police officers even at the best of times. The fact she had gained superpowers during the Sunstorm a few months ago had not softened her one bit. She was known on the streets as either Gravity Girl or Gravity Cop although it was equally well known that to say such things within earshot risks the high chance of becoming a paraplegic for life.

Old Sam's mouth watered as his hand fingered the handle of the meat cleaver underneath his many coats. It had been a long while since he had violated and killed a woman. Paladino was too skinny for his liking but she might do in a pinch… He stopped himself. Cops aren't well liked but they will definitely be missed and the entire Chicago PD will tear this city apart while looking for a suspected cop killer.

Paladino rolled down the window and called out:

"Gonna freeze your ass tonight, Sam. No room in the shelter?" Her tone was neutral though her eyes remained wary.

Old Sam didn't answer at first. He knew that he shouldn't be seen as being too friendly to the police by the other transients but at the same time, pissing Paladino off was the last thing he wanted. The only good thing about this encounter was that Warren backed away and disappeared around the corner once he saw the police car arrive.

"Well, Officer." He answered at last. "The usual places are full up. I am heading over to the Salvation Army downtown and see if they have any beds available."

Paladino nodded. "Hell of a walk. You sure you don't want a ride?"

"You haven't got any room for my cart, Officer Paladino? No? Then I'll just walk. The exercise might do me some good."

The police radio squawked once and Paladino picked up the receiver. After a few seconds of listening to dispatch, she answered crisply. "On it. I am heading over there right now."

"Last chance to get a free limo ride, Sam. And don't think I didn't see that creep Warren Kowalski stalking you. Got nothing to say about that either, huh? No? Suit yourself. Good night and stay safe."

Paladino drove off and Old Sam made his way back to his own little shelter. He didn't make it two blocks when he sensed that he was being followed again.

He trudged into an abandoned warehouse and called out: "Daddy's home!!!"

There was no answer. Then a chittering. It was almost a petulant sound. Old Sam frowned.

"Now, now. Don't you dare take that tone with me. I know that you are all hungry. And I'm trying my best as a good father should…"

There was a sudden crash and Old Sam turned to see Warren squeezing his way inside. He wielded a switchblade.

"Enough stalling, old man. I know you've been panhandling all day and have some money on you. Give it to me and I won't hurt you…much."

Old Sam smiled. It was ghastly. It unnerved Warren who knew the elderly bum for years. But…this was new…

Out of the darkness came a swarm of vermin: roaches, rats and stray cats. Their eyes glowing orange just like Old Sam's eyes are now doing.

Warren screamed as the swarm overcame him and began to tear him into pieces.

"See my children. Don't you love food that delivers?" Old Sam chortled as he took out his meat cleaver and helped with the carving by hacking at Warren's body into even smaller pieces for his children to feast upon.

"Am I not the best father in the world?"

Return to “The Writing Room”