Star vs. Magic: the Gathering 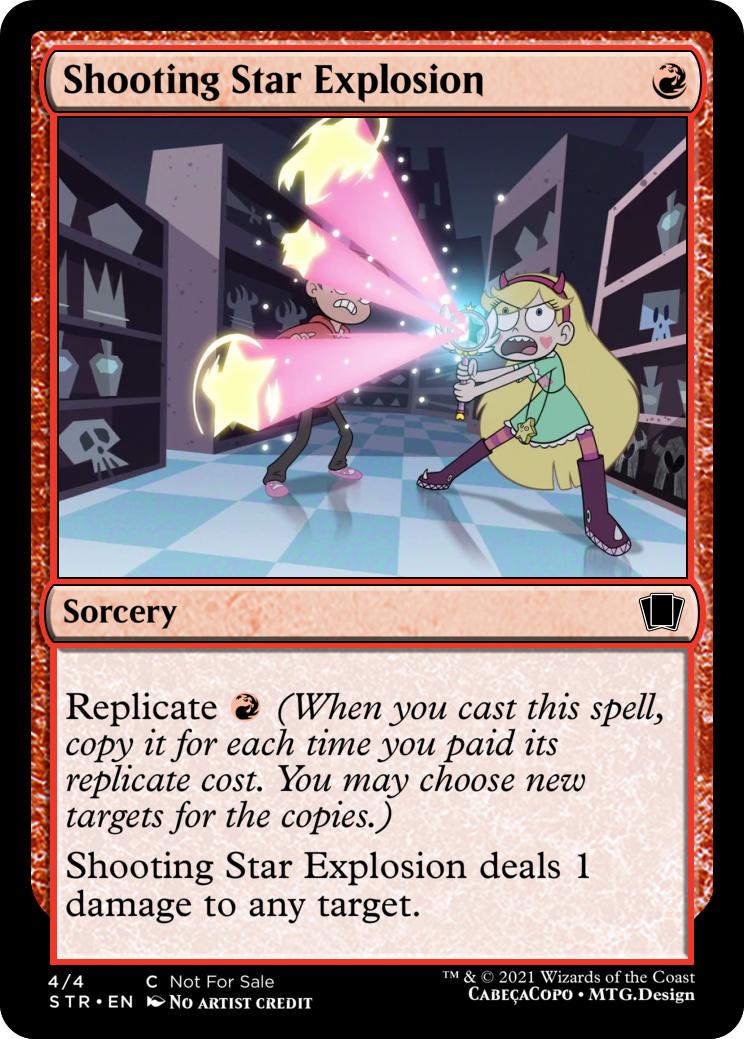 Rule of thumb: if an instant costs an amount of mana, it is fair to assume a sorcery with the same effect would cost 1 mana less to cast, and vice versa. The secret while deck building is to know which one is saving you more time. 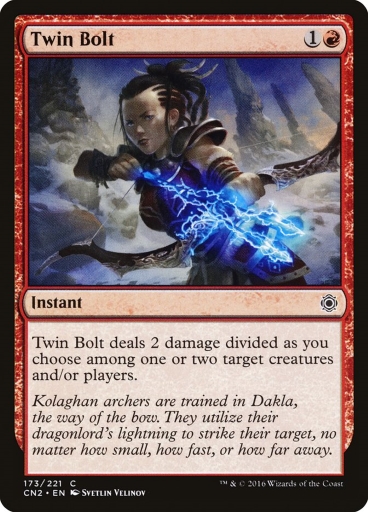 Also, there are times where not being an instant or costing one more mana can be deal breakers. For me, 2 mana per point of damage is clearly a deal breaker. 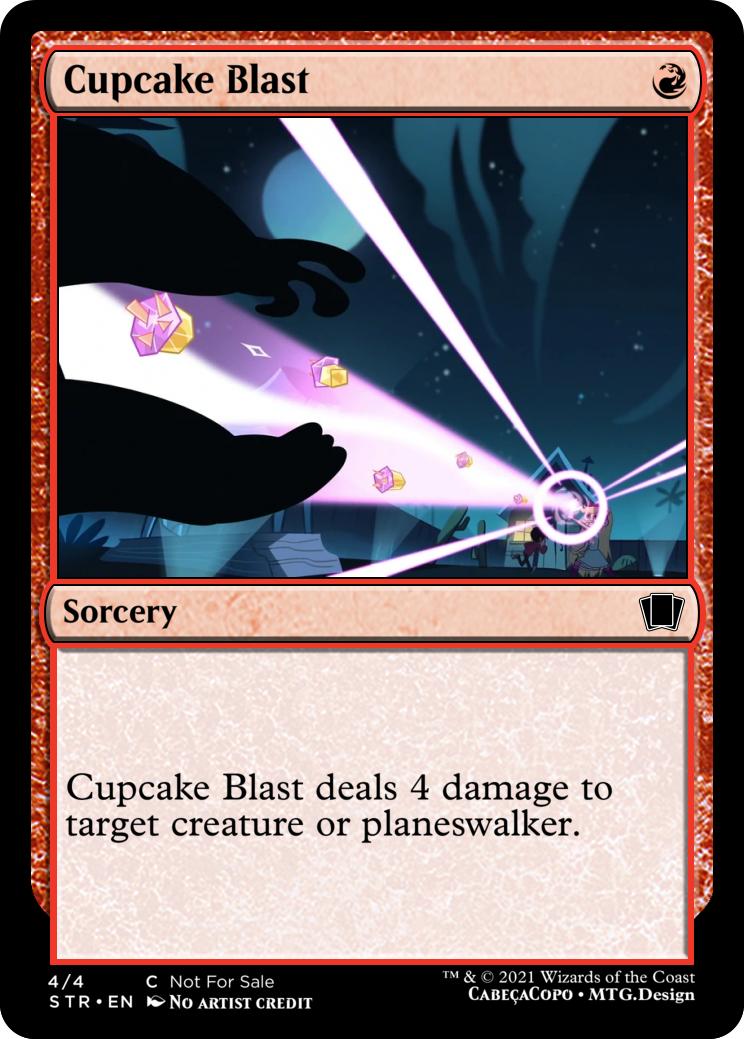 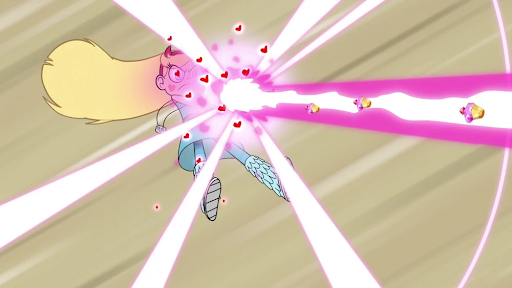 Flame Slash is a perfectly balanced card, I just think planeswalker is a sheltered permanent type and having something like this Cupcake Blast would make a positive change in the environment. Plus causing an astonishing amount of damage for one mana is exactly what hot cupcakes made of crystal should do.
Top 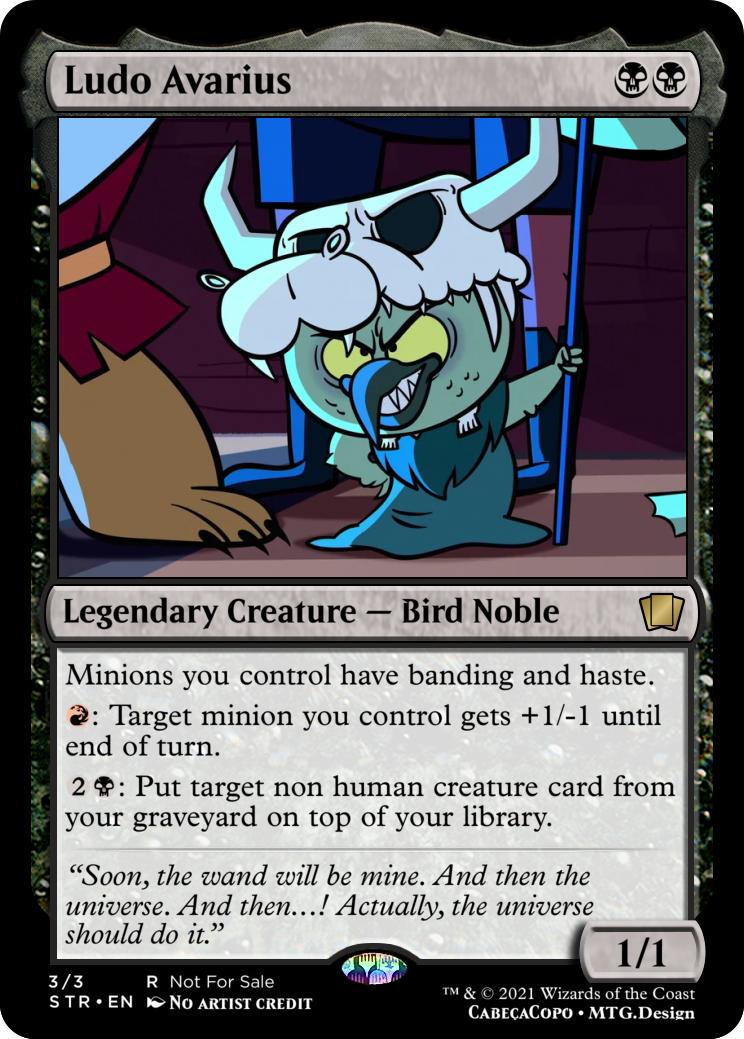 Now, Star’s archnemesis, the greatest threat to the safety of the royal family, the mewmans or even the multiverse as whole! Ludo Avarius.

Ludo is this little green skinned guy with bird-like features but no wings, dressed as a dark lord that’s presented in season one as the joke vilain of the show. His goal? To steal the royal wand, this magical artifact that’s been passed through generations in the Butterfly family and is supposedly capable of destroying the entire universe. Ludo wants it to rule over the universe unrivaled, and since Star brought the wand to Earth unguarded, he won’t spare any effort to seize it. As one could expect from a joke vilain, Ludo is unable to fight, or basically do anything by himself (therefore 1/1). He heavily relies on his minions, whom he treats badly and is willing to sacrifice for the sake of his goals. He is also quite cowardly and childish.

After the events of “Storm the Castle” (end of season one, GREAT episode) Star throws Ludo into a dimensional portal, leading him to a life alone in the wilderness where he learns how to take care of himself, but not really fixing much of his power-hungry, desperate-to-prove-himself personality.

An interesting background information not presented in the show is that the Avarius family was long ago chosen to rule over the monster population of Mewne through elections organized and rigged by Star’s Ancestor, Crescenta Butterfly, because it served her overachiever political agenda in some way.

The idea of Ludo’s card is to represent his joke villain aspect by piecing together many bad or obsolete effects in such a way that it looks weak, but is actually a strong card.

“Minions you control have banding and haste.” Haste is here because Ludo is always behind, giving orders and rushing his minions into desperate attempts to seize the wand. Banding represents his general “combat strategy” and helps explain how Star and Marco could block Ludo’s entire army by themselves, which would normally not be possible by MtG’s rules but happens all the time.

“{r}: Target minion you control gets +1/-1 until end of turn.” further represents Ludo mistreating and over exhausting his minions in combat.

“{2}{b}: Put target non human creature card from your graveyard on top of your library.” Here represent Ludo regrouping his minions after a defeat, similar to cards like Reinforcements and Misinformation. Not like the more usual necromantic thing. 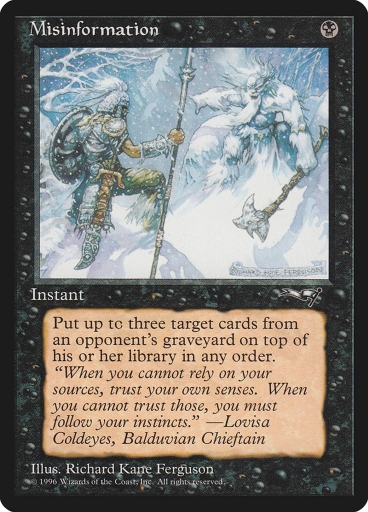 Reminder text for surveil 3 (Look at the top three cards of your library, then put any number of them into your graveyard and the rest on top of your library in any order.) During the first season, Buff Frog is one of Ludo’s henchmen, taking part in the raids for the wand and, more interestingly, spying on Star for tactical advantage.
Even if it is more of a detail, it’s funny that he misreads the situation in the first episode, is spotted by Star when she is investigating Gustav and eventually places a (foldable?) chair over the lookout tree. 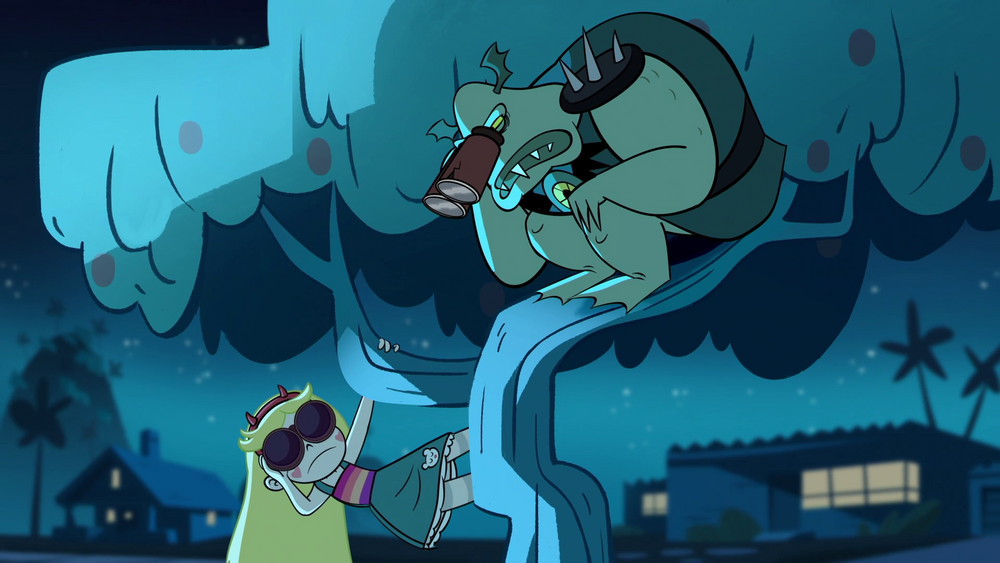 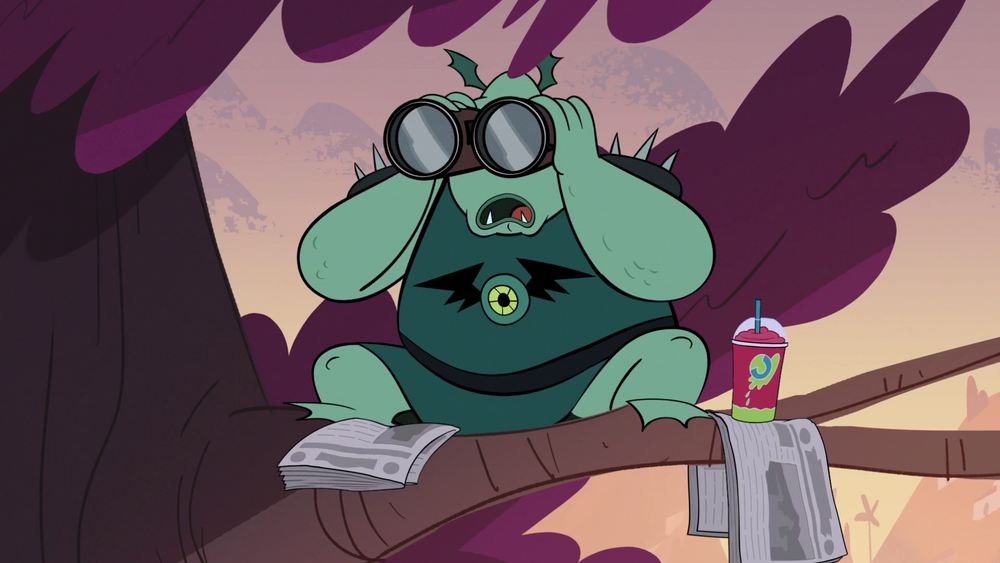 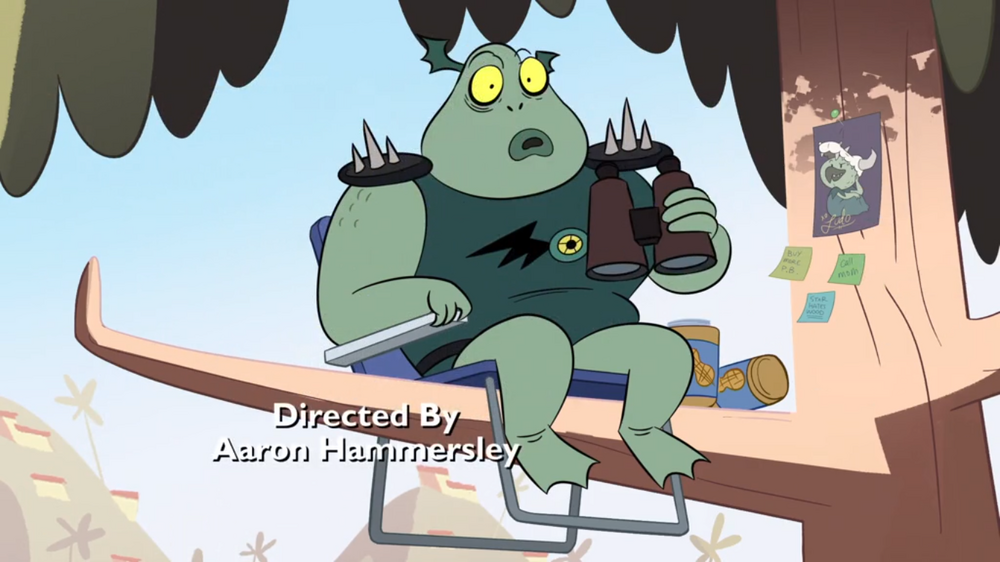 Even if I didn’t play Magic back in 1996, I wanted to make Buff Frog a reference to Stromgald Spy because its take on spying is very cool. I really like the alternative to damage effect, but I’d prefer it not to be continuous. This way the player would have to choose between information and damage every turn making the game more interesting. Swampwalk is there as a not very good yet not useless form of evasion, it arguably makes sense for Buff Frog since he is a rogue and lives in a swamp, also important, it is ineffective against most decks using Star. Why not legendary? I wanted him to be legendary at first, but then I realised it would do more harm than anything else to the card’s playability and it would not be an exciting commander to build around. Although giving him partner (You can have two commanders if both have partner.) doesn't make much sense in my opinion, it could be a solution since the partner mechanic (not to confuse with the “partner with” mechanic) doesn’t have much backing on flavor anyway as far as I can tell. 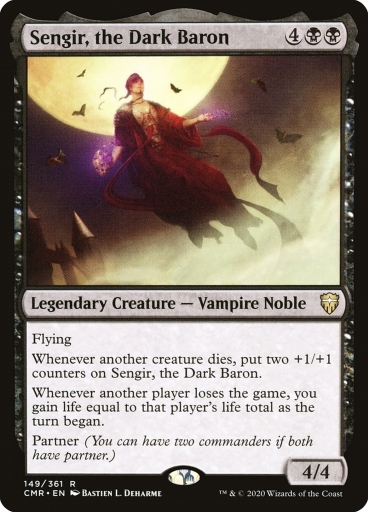 Are Akroma or Sengir particularly inclined to group work? Not sure.
Top
Post Reply
19 posts

Return to “Toys, Board Games and Video Games”