Where in all of your character write ups will go.
Post Reply
5 posts • Page 1 of 1

A place to collect the PCs!
We rise from the ashes so that new legends can be born.
Top

BACKGROUND
Nav'abel was born in slavery on Bespin. Her ties to Ryloth are slim and she prefers it that way. She was taught to dance by a fellow slave, Gaya'tal, who raised her from birth though she claimed no to be her mother. Gaya'tal always talked about how envious people back would be over Nav'abel's long, nearly prehensile brain tails. Nava was taught to use her tails to maximum affect while dancing.

Nava was owned by a crime lord with a large harem of slaves and she managed to escape as a stowaway on a ship. The first mate of the ship, Fitz, vouched for her and she became part of the crew. Eventually Fitz got his own ship and Nav'abel soon became the pilot when, during an emergency, she flew the ship out of trouble. The ship's navigator had never seen such a coordinated flurry of limbs.

Nava is a brash and brassy Twi'lek who is unlike most Twi'lek. She stands up for herself and is immediately put off by anyone who thinks Twi'lek women should be dancers, even though she walks with a grace that practically screams "I'm an amazing dancer."

Nava is blue skinned. She tends to wear long sleeve clothes and pants, often made of leather.

Grel'Batar of the Guardian Caste was given a mission. The Great Queens realized that is they were ever to perish completely the Geonosians as a whole could be wiped out. They decided to send a few operatives like Grel out into the galaxy with special Queen eggs, with all the genetic memories needed to start a repopulation of the Geonosian race if it ever became needed. Though it meant long years of separation from and even uncertainty if Grel would ever reunite with the Great Hive again, Grel accepted this task with honor. Though not the most stout victor of the famous Geonosian arenas Grel was incredibly smart and clever. It was given a diverse grounding in many disciplines concentrating on the ship/station factories - the discipline/skills most often required by the outworlders.

As a genderless drone (pronouns 'it'/'it's'), Grel doesn't fully understand 'men' vs. 'women' other than women are typically the propigators of the species and should be honored for that.

Grel'Batar is great with ship construction/repair, keeps gear in top shape, and is accurate with any kind of gun or heavy artillary you put it behind. Grel typically has projects and inventions it is cobbling together that it thinks will make life easier aboard the ship. It's notion of such a thing might be skewed though as evidenced by the 'liquid breakfast dispenser' in the galley. It inserts a tube to bypass your gag reflex and puts measure of a protien/vitamin sludge into your stomach for a more efficient 'meal experience'.

Belief (All women are Queens) - as propigators, all women should be respected and deferred to, when possible. It finds it confusing when females are not in command.
Motivation (Hive-minded) - Grel's psychology lends itself to being part of a Hive and being loyal to the goals of that group. As such he is intensely loyal to the group as a whole but not any particular member of that group.
Responsibility (Egg) - Grel will never forget it's first duty is to the Queen Egg it bears. 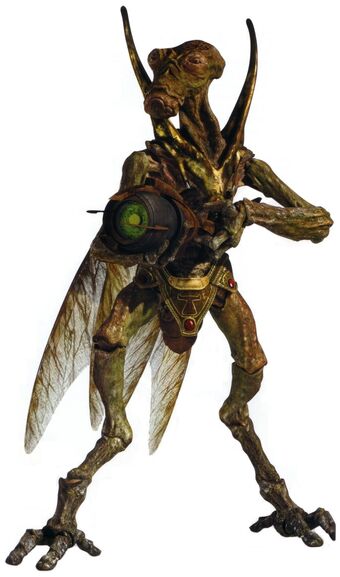 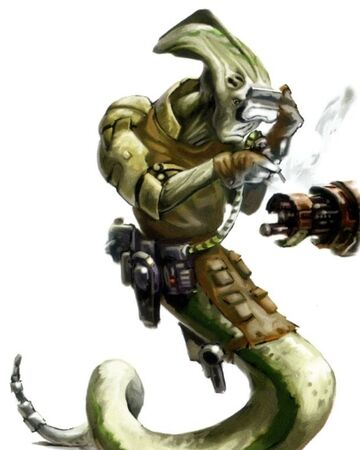 Powers - 1 points
Feature:Hard to knock down (+4 to resist trip)

Complications
Snakelike - Can have trouble in situations where legs are advantageous
Slow-working - Sluissi techs work slower than other races. They can't be rushed
Reputation - While never caught, Kriss has sold stolen items and could be identified by someone in that line of work

Kriss Chindor (shortened to K'Ching in certain circles) is a good ship's mechanic and an excellent salvage ops technician. While not wanted, he left Sluis Van to protect himself from possible repercussions after successfully stealing a space yacht and selling it to an off-world buyer. He's done nothing like that since as nothing has come close to being that much of a sure thing and he's not willing to risk his freedom (or life) for anything less. Kriss is a loyal salvage crew member but can be frustrating as he works slowly, can't be rushed and remains calm even in heated situations.
Top 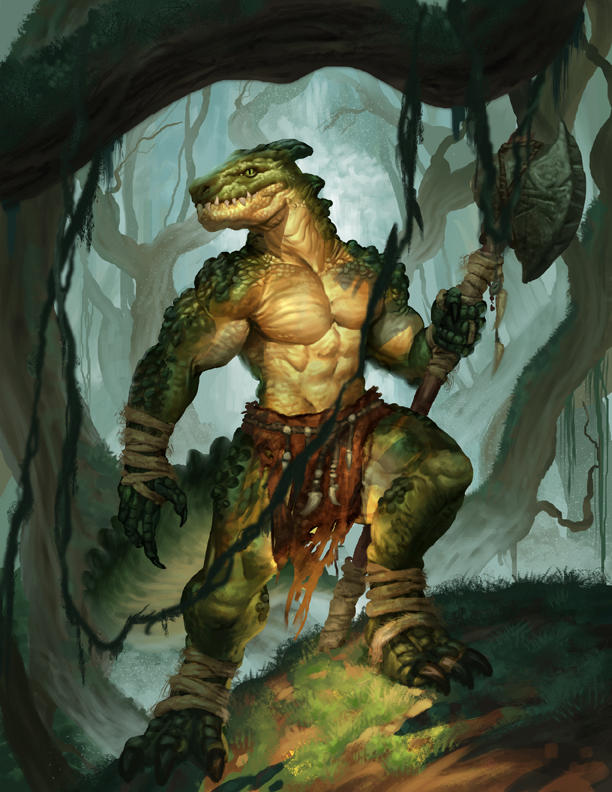 
COMPLICATIONS
Weakness: ColdBlooded: Saurians suffer a a -2 fortitude save vs. cold and cold related attacks. they can also be sluggish and lazy in cold environments - Hoth is not a desirable vacation spot

Reputation: Brutes (Saurians have a--somewhat-- underserved reputation for being brutish carnivores and can be feared by softer folk)

Rivalry: Trandoshans ( Trandoshans are distantly related to the Saurians but the two share little in common and raid each other as often as they talk)

The Saurians are a distant cousin of the Trandoshans so naturally the two races got along like cats and dogs and fought constantly, Ironically the Saurians got along well with the wookies who the trandoashans hunted for sport.

the Saurians were slow to integrate with the rest of the galaxy due to their cold blooded nature which caused them to consider ""softer species"" as food or worker/slaves but slowly with the aid of Jedi whom they revered as gods or avatars of the gods they did so finding work as mercenaries Bounty hunters and soldiers most often.

things took a turn for the worse though with the rise of the Empire and the fall of the Jedi, the Saurians were hit pretty hard by anti Jedi rhetoric which they did NOT believe in the slightest and by imperial retributive strikes soon the Saurians were mostly contained on their homeworld

Sssseth was away from home when the Empire was brought into being working as amercenary in some army or the other before the end of the Clone wars saw his mercenary squad forcibly disbanded by imperial soldiers. Ssseeth was the only survivoron either side as he slaughtered the storm troopers for revenge. it was then that he met a captain with a ship who could get him home he booked passage offering his skills as muscle for passage and has been traveling ever since.

loose concept of a D6 Sw soldier I played a short run campaign. Not a wookie obviously but still big bruiser, smarter then he appears, carried a big gun

Points are preliminary due to SW equipment and devices being a bit funky in that regard in M&M but mainly hes a heavy weapons and assault specialist a door kicker who goes in sweeps goons and lets his team come in behind him to clean up whats left
Dr. Silverback has wryly observed that this is like trying to teach lolcats about Shakespeare