Where in all of your character write ups will go.
Post Reply
27 posts

Hello, everyone and welcome to where hopefully starts my journey to learn better the M&M system. And I intendo to do so building stuff from properties that interest me and seeing how I do!

In the lead up to Endgame I've been re-watching all the MCU movies and that, combined with my GMing M&M for the first time has birthed what is what will be my first (and hopefully not last) project: what I call the Cinematic Universe Builds, ergo trying to build the movie adaptations of superheroes, not necessarly even limited to the MCU, or even just superhero movies.

Comments, suggestiong and criticism are be very appreciated, so speak up! I'm doing this to learn, so teach me without holding back.

Immediate to do list: MCU Phase One movies The plan to do the one-shot villains, minions and the secondary characters first, then do the Avengers and their, some of which have their powers and abilities grow and change (Cap, Tony, Thor) over the course of the movies.
Last edited by BlueBiscuit on Sat Apr 27, 2019 2:15 pm, edited 11 times in total.
Top

The first Captain America movie is probably the 2nd most forgotten of the 1st wave of MCU movies next to The Incredible Hulk, but on rewatch I think it holds up, and I think that's because like RDJ with Tony, Evans brings a certain likeability and charisma to the character that makes him just work for me.
It's not ultimately a great movie, but it's one that deserves appreciation.

With that said, let's begin: 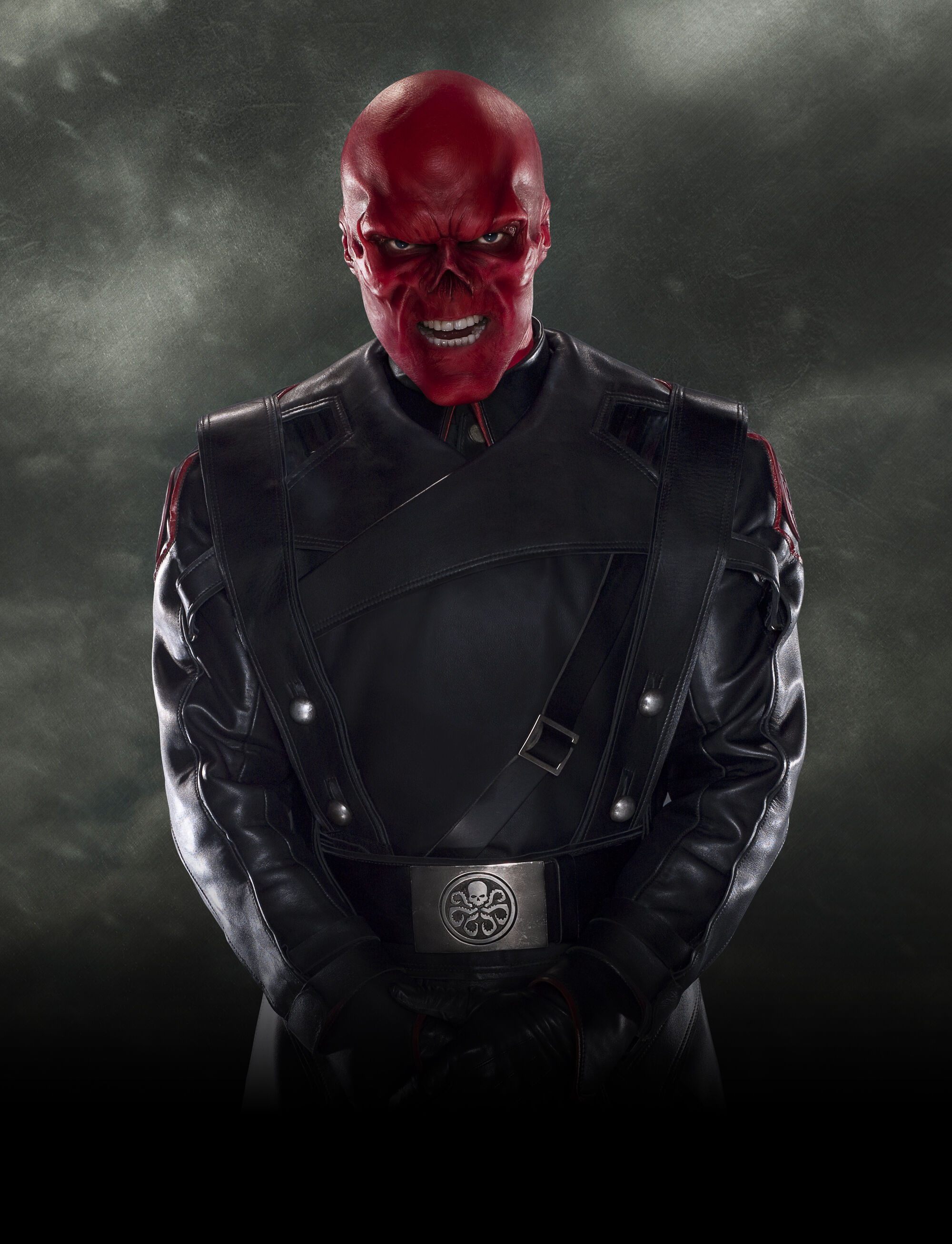 "You are deluded Captain. You pretend to be a simple soldier but in reality you are just afraid to admit that we have left humanity behind!"

Complications
Arrogance: Red Skull is a megalomaniac and an egocentric believes himself to be the Umbermensch, beyond humanity
Enemies: Captain America, the SSR and the Allies in the 40's, and in the modern day, if they knew of his continued survival, pretty much every hero on Earth


Design Notes
The Red Skull is a villain who, by “virtue” of being a Nazi, essentially will never age out and always be relevant, unlike say those Yellow Peril and Red Scare characters that are pretty much relegated to the forgotten recesses of the Marvel Universe. The MCU take on him is more scientist than soldier, although his ruthlessness combined with his serum enhancements make him a brutal fighter, if an unskilled one (post Winter Soldier Cap would run circles around him in terms of combat prowess).

Speaking of the Erskine's Super Soldier Serum, the MCU version of it makes you explicitely superhuman, no mere “peak human ability” here, although some of the powers I give him here come Cap feats in later movies since in here Schmidt does actually very little fighting, appropriately enough for a mastermind-type of villain. Like many of the MCU villains he “dies” ambiguisly in his first movie, but has reappered in Infinity War as a sort of guardian for the Mind stone, and I've just now discovered that after Thanos claimed it he just moved on and is now active again in the MCU, unless he died again in the snap.

I was also tempted to make him buy Zola as minion, but decided against it.

Also credit where it's due, this build takes note from Thorpocalypse's own take on the more standard 616 Red Skull.

It looks pretty good, although I would scale down Stamina a bit and add some kind of armor, given Hydra's tech level that coat can be easily armored.
"You're right. Sorry. Holy shit," I breathed, "heckhounds.”

Yeah, I think you're right about his coat, I'm gonna change it up now. Meanwhile, here's another: 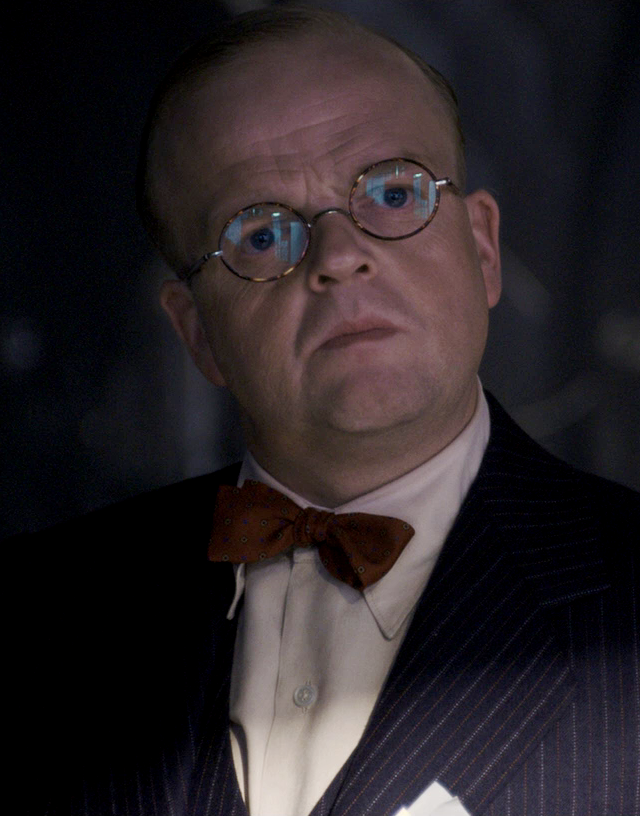 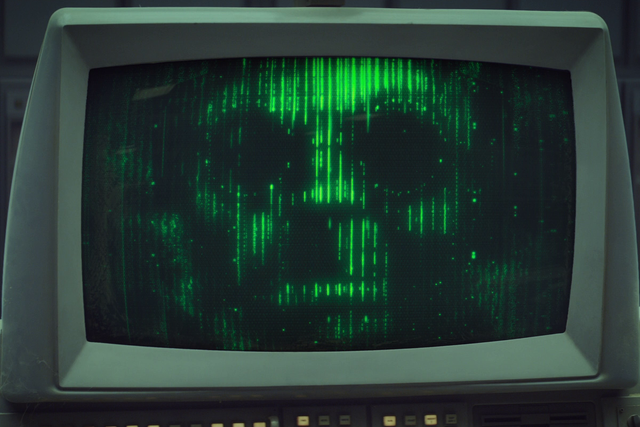 Complications
Loyalty: Although apparantly somewhat shaky during WWII, Zola's loyalty to Hydra proved deep and enduring, leading him to re-founding the organisation and even sacrificing himself for their goals.
Enemies: Captain America, the SSR and the Allies.
(Post his physical death)
Secret: His continued survival as a computerized intelligence, as well as his allegiance to Hydra.
Brain in a Jar: As a mind uploaded in an old mainframe, Zola no longer has a physical body and thus is limited in his ability to interact with the world.

Design Notes
Arnim Zola maybe the MCU smart guy that gets the least respect. The Starks, father and son, Shuri, Banner and even Fitz and Simmons from AoS get more superscience cred than him, even when the guy had designed energy weapons and power armor (in one of the canon comics) in the 40s. Sure they needed the Tesseract to power them, but it's still impressive. Remembering that he survived the fall of Hydra by being captured and bringing him back, in a form that kinda reminds you of his comic appearence and as the seed of the modern incarnation of Hydra was great, although he died when the bunker with his computer brain got destroyed. But who knows maybe he actually survived, or there descendants of his around?

There isn't much to him, just a smarter version of the Scientist template, although I don't really know how to build his computer self.
Top

I'm wondering if I should bother with Peggy Carter, or simply move on already towards Iron Man 1 and 2, because as the movie present her she's just a generic Government Agent for the most part, but while I haven't watched it I know that the Agent Carter series showcases her as a more capable spy and fighter than the movie does. Same goes for the Howling Commandoes, who are just kind of backround generic Soldiers.

Peggy build, or onto the movie that really started it all and it's sequel, who have more builds?
Top

I would like to see a Peggy build first. I enjoyed the Agent Carter series and was disappointed that they only did 2 seasons.
Top

Hey, nice to see you posting some builds! Good stuff

. Especially since you're tackling some less-famous types like Zola.
Top

You know what, since you I've decided to do Peggy might as well do all three of the SHIELD founders, so expect Peggy, Howard Stark and Chester Philips coming soon.
Top

Sweet looking forward to them

Complications
Stay in the Kitchen: As woman in an field largely dominated by man Peggy sometimes faces hindrances and discrimination that get in the way of her job as an Agent
Allies: the SSR, Captain America, Howard Stak and Edwin Jarvis
Enemies: Hydra, Leviathan and their agents

Design Notes
So here we have Peggy Carter, Cap's love interest and one of the founders of MCU's SHIELD, played Haylee Atwell. I liked her well enough in the movie, and while I've only watched two episodes of her series she was great in that as well, and I hear the show is overall pretty good. I had to look at the wiki to try and round out her build, and she seems to me like a lesser Black Widow: not as good as a fighter and without all the extra neat gadgets that Natasha has access to. Speaking of, I know she uses some neat spy stuff in the show, but I couldn't figure out anything if she used any regularly instead of a one-offs like the safe-cracking clock in the first episode, so she just gets a handgun.
Top 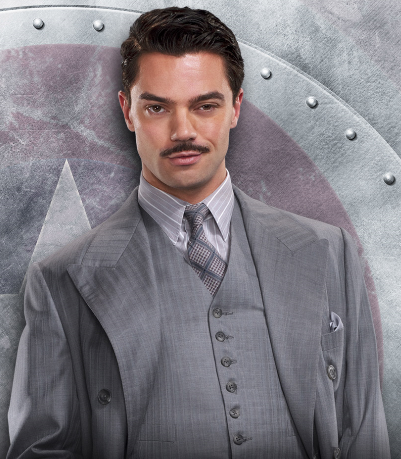 Complications
Womanizer: Until he met and married his wife Maria Howard was an incorregible playboy.
Iron Monger: Howard's genius has helped create many powerful weapons, and he sometimes feels conflicted about his legacy.
Allies: Peggy Carter, Edwin Jarvis, Captain America and his Commandoes, SHIELD.
Enemies: Hydra, Leviathan and their agents, Anton Vanko.

Design Notes
Howard is probably going to end up very similar to Tony once I get around to build him, perhaps a tad less smart and less physically capable than how I envision his son. He was honestly kind of forgettable for me in the movie, not particularly bad or good or funny.
Top 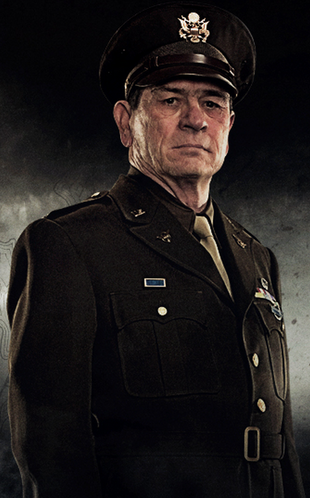 "You don't win wars with niceness, doctor. You win war with guts."

Complications
Responsability: As first director of the SSR, and then as one of the founders of S.H.I.E.L.D.
Enemies: Hydra
Allies: Captain America, Peggy Carter, Howard Stark

Design Notes
The hardass Colonel played by Tommy Lee-Jones, Philips was fairly simple to build. I actually feel I may have made him too capable for a man his age, but hell it's a comic book verse and we do see him out on the field in the movie, so I feel justified.

Now then, since Bucky comes later with the Winter Soldier builds, I think I can cross off First Avenger and move on to Iron Man and Iron Man 2.
Last edited by BlueBiscuit on Tue Apr 16, 2019 6:22 pm, edited 1 time in total.
Top

I like the fact that you refrained from giving Peggy Attractive (although I like Haylee Atwell a lot), but I think that Howard kind of deserves it, given his spectacular track record.
"You're right. Sorry. Holy shit," I breathed, "heckhounds.”