Zachary Levi did a bang up job, and as someone who hates that particular version of the Shazam costume, he was able to make me look past it through sheer likability

this is a lot of what im hearing about Zacharys performance. very likeable and on character as Captain Marvel
Dr. Silverback has wryly observed that this is like trying to teach lolcats about Shakespeare

So I saw Shazam and I really enjoyed it. Lots of good laughs I think the DCEU may be finally hitting its stride with Aquaman and this one. DCs finally learning that you can have over the top action and still have fun. Can be dramatic while still having a laugh. great effects mixed with a good character drama.

A neat twist on the family dynamic at the end and some really great easter eggs especially if you stay all the way to the end of the credits.

I can see why some purists might not like this version of billy he does come into his own in the movie but id like to see a bit more of heroic billy hes in there but doesn't get out enough imo. Still he does become the true hero by the end. Zachary Levy and the young kid both do great in their roles as Cap and Billy respectively and Zachary was trulyl born to play the role imo

The villain to me was the only real disappointment but only because if they do bring in Dwayne Johnson as Black Adam in the sequel if any the tow villains will be near copies. Still he does a good job as the villain just feel they could've done more to distinguish him from Adam who is supposed to be the mirror image

overall I enjoyed it well worth the time put into it and will buy on DVD when it comes
Dr. Silverback has wryly observed that this is like trying to teach lolcats about Shakespeare

Well, it sounds like the folks who actually went see Shazam thought it was fun. It's got very good reviews over on Rotten Tomatoes and most people I've seen talk about it enjoyed it.

But as catsi would put it, "positive reviews or not and all praising aside", it isn't really doing that well at the box office. As of now, domestically it's below the Incredible Hulk movie that came out in 2008, and that's without adjusting for inflation, though Worldwide it's actually managed to surpass that Hulk film. Though if it wants to break the 300 million mark, it'd better do it this weekend, because next week is going to belong to Endgame.

And anyone I've seen talk about it that actually knows the character from the comics or cartoons pretty much agrees that it wasn't a particularly good take on the character.

Now, Shazam is by now means a flop, but right now it's looking to be one of the lowest grossing superhero films put out by Marvel or DC as part of their extended universes. The problem is that many of the lower selling Marvel films were from 10 years ago, without the benefit of the Disney marketing machine, 3-D screens and the superhero film boom.

I'd like to think that maybe this would be a sign to DC that this version of Captain Marvel isn't all its cracked up to be and maybe we'll get the classic one back, but if I know Geoff Johns, he's going to keep promoting his version of Shazam for as long as he can.
Top


Now, Shazam is actually a quieter, more character driven film compared to Aquaman, which got a christmas release and is a more obvious in your face thrill ride. Budget wise, it is significantly smaller and has not had another film that introduces you to the character. It is definitely not the take that Ares would have preferred and I had hoped that his parents might have been handled better.

However, it is a fun film and a definite tonal shift away from Zack Snyder's vision (now imagine Ares if Snyder had been involved still). It is still touching on the goofy elements that made the original version including elements that the Ordway version did not. Worth seeing, but I can see why it is not doing the same business as say Captain Marvel or Aquaman.
Top

I went to watch Shazam yesterday and while I think that the story had a lot of good in it, I also had some issues.

In general, I think it was a marked improvement over the original Curse of Shazam storyline in terms of characterization. Billy isn't the golden boy he was in his original incarnation, but he's not the full-on asshole Jones wrote at one point. He's extremely flawed and he recognizes it, at least to a degree. When he met the wizard, he fully admits he's not nearly the pure-hearted champion Shazam is looking for, but he isn't the little asshole that trash-talks the wizard either.
Out of all the powers Billy gets, the two he seems to showcase the least (for obvious reasons) are Courage and Wisdom, which made me think. All the other powers are physical in nature, visible, tangible and measurable. Courage and Wisdom come from within and that's where Billy is deeply flawed. As the story progress, Billy has to face a number of problems, mostly dealing with the need to belong, that are very appropriate to his personal history - from putting his biological mother on a pedestal to accepting his adoptive family - and this is very much in line with one of the key features of Captain Marvel: having to face both the problems of a kid and those of a fully grown hero. These two elements are linked and Billy finally comes to use his full potential - i.e. Courage and Wisdom - after he faces his own normal human problems.
In a way this reminded me of a quote from the original X-O Manowar series: "Power only makes more of what you already are." So Captain Marvel couldn't have the Courage of Achilles or the Wisdom of Solomon until Billy Batson could find the courage and wisdom of Billy Batson.

Given all of that, I have to give credit to the humor, which wasn't exactly my kind, but it was on point and generally unintrusive (a problem I had with Doctor Strange that was way too heavy on the gags). I also enjoyed the family dynamics, to a point, although most of the siblings were a bit too one-note.

The one character that pissed me off was Doctor Sivana. I don't mind the backstory with his father and jerk brother, but every other element of him felt wrong. One of the great ideas behind Sivana is the confrontation between his scientific madness and Cap's magical might. It's a fully asymmetric match, which is one of the great ways to ramp up the intensity of a conflict. I understand that it was better to remove that element so that Sivana didn't feel like an expy of Lex Luthor, but it really left a bad taste in my mouth. This Sivana was pretty much just a school bus for the Sins (also criminally underused, they were pretty much just rabbid trolls), which was a pity given the initial scenes in the research institute.
"You're right. Sorry. Holy shit," I breathed, "heckhounds.”

Just saw Shazam with the wife. We both enjoyed it. Wasn't great overall but lots of fun and Zachary Levi was great. I kinda felt like Mark Strong was mailing it in, though, but that just could have been what he had to work with, which wasn't much.
Me fail English? That's unpossible. - Ralph Wiggum
Top

Saw it today... I have two gripes.

1) annoyed that Sivana was essentially a throwaway and more IBAC or SABBAC
2) and this one is sorta spoilery, at least I didn’t know going in...


CM3 shoulda been Freddy’s actor in the suit... 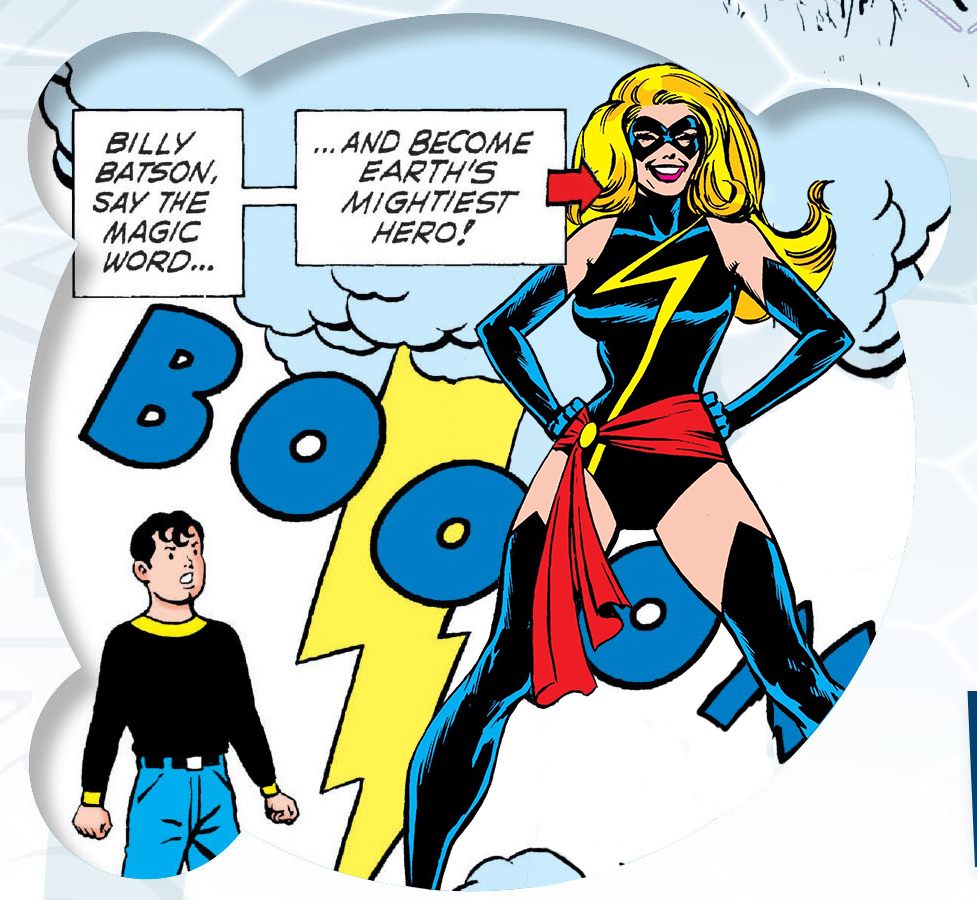 Resurrecting this thread, my son is a pretty big Captain Marvel fan and he was really pleased with it.
Fight! 2nd Edition Available Now!
Top
Post Reply
100 posts

Return to “Film, Television and Music”