What does this year need?
More 80's. We need a cheesy 80's cheesy action movie with cheese.
And the people at Lazer Unicorns have fulfilled that need with:

How 80's is it? They got David Hasselhoff to sing the theme.
Top

How about some music? Nothing silly, strange or funny, just some music.

The Dead South - In Hell I'll Be In Good Company
According to Wikipedia: "The Dead South is a Canadian folk-bluegrass musical ensemble based in Regina, Saskatchewan, Canada."
I had no idea, I just thought this song was catchy and for some reason I enjoy the video where they do nothing but a silly dance and snap ;~)

Dub FX 18 04 2009 'Soothe Your Pain'
This one is very hit and miss. I enjoy it, but I don't expect most people would.
I was just impressed when I realized what he was doing, which was using some kind of recording equipment to record his vocals and replay it to create the music he was singing with.

Antoine Dufour - These Moments - solo guitar
An instrumental. I'm always amazed by how much percussion that people can get from a single guitar.

Another oldie but goodie, some humor in regards to Pilots vs Mechanics.
I claim no ownership of this, I've just copied it here for your amusement.

After every flight, pilots fill out a form, called a “gripe sheet” which tells mechanics about problems with the aircraft. The mechanics correct the problems; document their repairs on the form, and then pilots review the gripe sheets before the next flight.

Never let it be said that ground crews lack a sense of humor. Here are some actual maintenance complaints submitted by pilots (marked with a P) and the solutions recorded (marked with an S) by maintenance engineers.

P: Autopilot in altitude-hold mode produces a 200 feet per minute descent.
S: Cannot reproduce the problem on the ground.

P: Friction locks cause throttle levers to stick.
S: That’s what they’re for

P: Noise coming from under instrument panel. Sounds like a midget pounding on something with a hammer.
S: Took hammer away from midget.
Top

So, you've finally done it.
You've decided, screw this, I could rule this world and do a much better job of it.
But being an evil overlord seems like an amazing career choice is hard work, and there are many things working against you.
Not to worry though, here is a list of rules that will help your career as the Big Bad Evil Guy last forever: 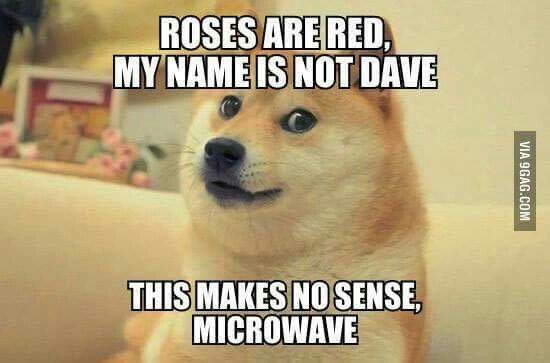 Scientists at NASA built a special cannon to launch standard 6-pound, whole dead chickens at the windshields of airliners, military jets and the space shuttle, all traveling at maximum velocity. The idea was to simulate the frequent incidents of collisions with airborne fowl to test the strength of the windshields.

Engineers working on the Bullet Train project heard about the cannon and were eager to test it on the windshields of their new high speed trains. Arrangements were made, and a cannon was sent to the Bullet Train engineers.

The engineers were excited to see the results of years of hard work and planning. They set up the experiment and even invited several government officials to attend that had championed the funding of this project. They had a grand ceremony with a countdown. The speedy bullet train roared down the test track at over 200 mph and the engineers fired the chicken cannon.

After the canon was fired, the engineers stood in shock as they viewed in horror at the damage. The shatterproof glass was smashed to smithereens, there was a huge hole in the control console, the driver’s seat had the head rest blown off, and the chicken embedded into the back wall of the train engine’s cabin.

Luckily this was an unmanned test, so no one was hurt except for the pride of the engineers. It was as if they were little boys who broke their prize Christmas present. That chicken trashed their modern marvel.

Immediately the engineers began assessing the damages, took numerous photos and measurements and sent a full report, along with their pages of scientific designs to engineers at NASA. The desperate engineers were totally dumbfounded and asked for an explanation of what could have possibly gone wrong? Their email to the head engineer at NASA said, “Please help us understand how to resolve this issue. We followed all standard protocols and double checked every safety precaution prior to the test with the chicken cannon!”

In just a few minutes, the Bullet Train engineers were shocked by the rapid response. The head engineer at NASA responded with just one short line in bold, all capital letters:

All my best.
Top

Yeah, sorry I meant to put up some stuff a while back but I just ran out of steam.

And then just a few days ago I spent an entire day I telling myself "oh yeah, I got to remember that Chicken Cannon joke"... and the next day going "What was I trying to remember to put up?" ;~)

Glad you're enjoying it!
Top

Remember that Squirrel Obstacle Course?
Same guy, put together a party for a sick kid. Honestly I just really love the energy in this video and it's just fun to see everybody having fun.

The summery version: A young fan who was really sick got to meet Mark Rober a year or so back. Kid managed to beat the cancer and Mark thought it would be cool to throw a bit of a surprise party for him.
And get back the record for the world's largest "Devil's Toothpaste" explosion.
Top

Deadpool The Musical - Beauty and the Beast "Gaston" Parody

A live action fan video.
Goes without saying, if you're not a fan of Deadpool? This isn't going to change your mind.

Quite possibly the best piece of news ever reported.

I'm My Own Grandpa covered by Willie Nelson

There are many versions, but this one always seemed right.
Top

All you have to do is watch the video to tell that these people were big fans of the cartoon series.

I grew up in the middle of nowhere.
My closest neighbor was a mile away across country, and that's probably a short estimate.
The people we lived around had all sorts of interesting contraptions, and slapdash repaired vehicles.
The people themselves? They were all strange odd characters.
How odd? There is one man that I knew of who went by the nickname of Gumboots. And everybody knew who you were talking about when you said that, but nobody knew his real name.
Gumboots. I kid you not.

So it probably doesn't come as any surprise that I love a Canadian show, one you may have heard of, called the Red Green Show.
It brings me back to my childhood watching a bunch of bizarre but well meaning loonies trying to go about their day to day life.

The show follows the titular Red Green as he presents a TV Show to explain what's going on in Possum Lodge, and how people are handling things.

There are many fun segments such as the narrated black and white Adventures With Bill where Red and Bill attempt to accomplish something.
And calamity ensues.
Don't worry, eventually he gets to go Canoeing

The Possum Lodge Word Game where Red tries to get a member of the Possum Lodge gang to say a word, only to be stymied in his attempts by their own over the top characters and views of the world.

And more that I'm just skipping over at this point.


And to this day I still introduce familiar quotes as being from a great Canadian Philosopher:

Red: (opening line of each Repair Shop segment) If it ain't broke, you're not trying.

Red: (closing line of each show) Keep your stick on the ice.

All Lodge members: (Reciting the "Men's Prayer") I'm a man, but I can change, If I have to, I guess.


Red Green was always relaxing for me, it reminds me of home, there's no stress in any of the characters, the whole crew is pretty accepting (if confused) about just about anything, and while they might poke fun at themselves they never come across as mean.
The cast is funny in their own way, and the show never fails to put a smile on my face, even the first season where they weren't really sure of what they were doing.


The show, at least a few seasons and a bunch of clips can be found on Youtube at the moment. Hopefully you can find some amusement there.

And remember, as a great Canadian Philosopher once said:

Remember, I'm pulling for you. We're all in this together.
Top
Post Reply
74 posts

Return to “Film, Television and Music”