For all of your Play-By-Post games.
Post Reply
1069 posts 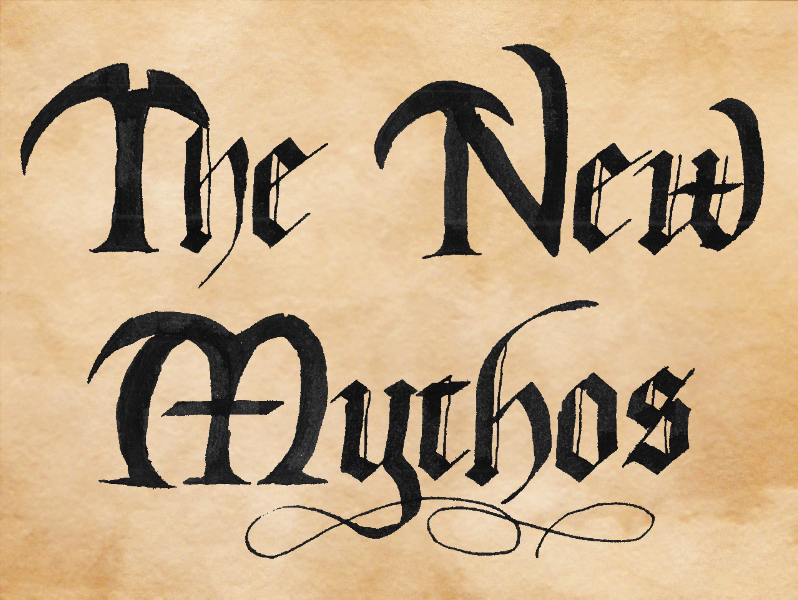 "...outbreak! I repeat, it appears we're experiencing another outbreak of the so called 'Devolution Virus'! What was previously believed to have been successfully rendered extinct, thanks to the joint efforts of several countries including the United States, has experienced an unexpected resurgence world-wide. It's uncertain just how many people have been afflicted, but the numbers are estimated to be in the millions."

The blonde woman with her short-cropped hair and smart dress looks down at the notes in her hand. Off to the side, an image appears displaying a man who seems to have strange bestial, almost wolfish deformities. When she speaks, her voice is soft and filled with feminine charm, perfectly suited for drawing in the listener's attention.

"Unlike before where it caused victims to experience a surge in deformation and certain hereditary diseases, people now seem to be experiencing a multitude of bizarre mutations never seen before in medical history. Reports of people developing elongated incisors, odd skin pigmentation, rapid hair growth, and hard bony growths from their foreheads are just some of the shocking and varied symptoms. There have also been alarming reports of other strange phenomena among certain individuals who—"

Gasping, the reporter suddenly stands up from her seat and clamps her hands onto her throat. There's shouting in the background, the camera shakes as on-site staff rushes to the woman's aid. There are glimpses of her hair turning an almost seaweed green, skin turning blue and oddly textured, and most worrying of all are three slits along the side of her neck. Suddenly there's a scream that reverberates through the room, bursting lightbulbs and shattering the camera's lens.

The News report cuts out completely, replaced by a message saying "Stand By".

Mirum Urbem has gotten really strange in recent months. True, things were never quite pretty around your hometown nestled on the banks of Lake Magnus, rundown as it's been in recent years, but recent events have certainly tipped the scales. It all started when a group calling themselves 'The Followers of the First Dawn' broke into a Chinese research facility and stole dangerous and downright illegal research on biological weapons. From there they used it to develop a weapon of their own, and released it without any warning at all.

Labeled the 'Devolution Virus' by the media, it was designed to look for dormant abnormalities present in the DNA and activate them. Everything from brittle bones, respiratory conditions, heart problems, or even the development of tumors and cancers. Released in key locations, it quickly swept the world over as people everywhere started to panic. Out of nowhere one day however, everything stopped. Victims who survived started to recover now that the virus had seemingly died off overnight, and the world was afforded two years of quiet.

Everyone thought the nightmare was over.

Little did they know, the real chaos was lingering in the shadows in wait of the perfect time to strike.

At some point during its rampage, a single strain mutated into the perfect expression of itself, tapping into a previously unknown field of energy that permeated our world. Through methods unknown this change was echoed world-wide before it went dormant. Quietly it spread itself throughout humanity, in search of specific genetic markers hidden away within select members of our populace. Then all at once it triggered, and the ancestral blood of monsters that ran deep within our veins was brought to the forefront.

Vampires, werewolves, mermaids, goblins, elves, and even things without name. Creatures that once lived in the shadows of humanity before fading away had all been brought back to life inside their human descendants. Yet it's not enough that it was just the supernatural creatures of our world making a return; a small percentage of humanity became fully in-tune with the energy of our world. Magic, as we have come to know it once more, fully in the grips of freshly minted sorcerers without a clue of what they were doing.

Mix everything all together, and you get one chaotically delicious cocktail of madness.

Your city seems to have its own special blend of weird. Spelljunkies, vampiric gangsters, supernatural bruisers, crazed new-age cultists, all of them out there either battling it out in the open or in the shadows. That's where you come in, though. Word on the street was that there was some ghostly guy going around who calls himself Echo, trying to find people to try and stem the tide. You might've thought it just wishful thinking, but then the man himself appeared before you in all his spooky ethereal glory.

"I'm looking for some people. Good people. I need people who can make a difference in this city. People like you. Take this address, meet me and the others there this Saturday. Our world has always had it's share of heroes in legends, men and woman who fought against monsters. This time? I hope you'll agree that its about time we gave them a new set of heroes. A New Mythos."

As I said in the other thread, I'm interested!

The character I have in mind would be something akin to a drider—someone very spider-like and monstrous. ^w^
Top 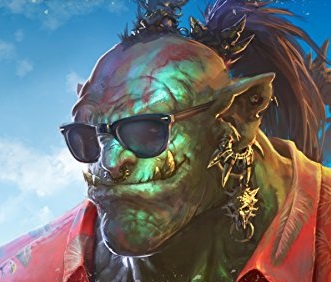 This sounds interesting. I am thinking about either a Harpy or a Demon.
Top

The character I have in mind would be something akin to a drider—someone very spider-like and monstrous. ^w^

A drider in Modern Earth would be a strange sight to see, thusly I love it!

I really love the look he's got going, he just looks plain awesome.

Either one of those could work, which certainly leaves to some speculation about just where demons even come from after all.

Some good interest over here, I'm liking that! I'll hold off until tomorrow still, to see what things are like both on Ronin and here during the more active hours. I'll probably open the floor up for recruitment then.
Am I dead? Am I alive? The answer may surprise you!
------------
I'm the GM of The New Mythos, and play more characters then I probably should.
Top

Mark me down as interested as well. I've been re-reading the Dresden Files, so this would be great.
Top

Wow nice opening image. I am guessing you did it.
Mark me down as interested. Thinking of a treant, or a plant nymph.
心のコスモ を 抱きしめて 遥かな 銀河 へ
Top

Seven votes of interest is enough to sway me here over Ronin. I admittedly feel like Ronin is a bit cheated out due to them going down for a couple days, it's just my own poor timing therpe. I'll keep it open for at least a week, so ending right around the first of may. If pople need more time by then, we'll see what I can do.

@Camus: My girlfriend actually made that for me! I'll tell her that people like it, I'm sure she'd love that.

Hey, I have some questions about the settings. :3

Firstly, for how long have monsters and mages been around since the virus began to transform people?

Secondly, how are monsters treated by society? For example, I can't imagine my drider lady being able to keep her job.
Top

It's been around a year by this point, as such the world is still coming to grips with their new reality. Supernaturals as a whole are maybe around 10% of the world's total population, though some people obviously have more extreme mutations then others.

In at least America, they're being begrudgingly tolerated. It probably helps that the US president at the time has transformed into an elf as well. Mirum Urbem itself has a higher ratio of supernaturals to humans then others, which is both good and bad for those for your kind. In general though, the less human you look, the less human you get treated by the general public at large.

Who knows though, maybe some hero work can help shift the perception you get more positively...

Syrinx - A satyr with some sonic/ vocal abilities (and an amazing singing voice)
A Dryad - need to work on the how and why, have a couple of ideas - but someone who actually became a dryad type spirit. Thinking more in the World of Darkness Krofted style - not bound to a tree, but to a masterwork item of some kind.

Thorpocalypse wrote: ↑Sun Oct 07, 2018 6:01 pm Building to be comics "accurate" is different than building to run a PC or building something to challenge a group.

Both of those could work, and your idea regarding a character bound to an item could have some interesting story applications. I'm curious to see where you go with them!
Am I dead? Am I alive? The answer may surprise you!
------------
I'm the GM of The New Mythos, and play more characters then I probably should.
Top
Post Reply
1069 posts